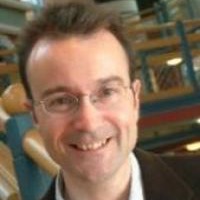 Simon Deakin is a Professor of Law at the University of Cambridge. He specializes in labour law, private law, company law and EU law.  His research is concerned, more generally, with the relationship between law and the social sciences, and he contributes regularly to the fields of law and economics, law and development, and empirical legal studies. He is Director of the Centre for Business Research (http://www.cbr.cam.ac.uk/), co-Chair of the University’s Strategic Research Initiative in Public Policy (http://www.publicpolicy.cam.ac.uk/), and a Fellow of Peterhouse. Following undergraduate studies in Law at Cambridge he stayed on to complete a Ph.D. in labour law under the joint supervision of Brian Napier (Faculty of Law) and Frank Wilkinson (Department of Applied Economics). He took up his first full-time lecturing post at Queen Mary College, University of London, in 1987, after a year as a Bigelow Fellow at the University of Chicago, and was appointed to a lectureship in the Cambridge Law Faculty in 1990. He was a visiting fellow at the Maison des Sciences de l’Homme Ange Guépin, Nantes, in 1993 and 1995, and the Centre for Employment and Labour Relations Law, University of Melbourne, in 1996. In 2001 he became Robert Monks Professor of Corporate Governance in the Judge Business School at Cambridge. He returned to the Cambridge Law Faculty as a Professor of Law in 2006.  He has given the ILO Social Policy Lectures (Budapest 2002), the Tanner Lectures (Oxford, 2008), the Mike Larkin Memorial Lecture (Cape Town, 2009), the V.V. Giri Memorial Lecture (New Delhi, 2013), and the Innis Christie Lecture (Dalhousie, 2015).